5 Programming Languages For Your Business Application 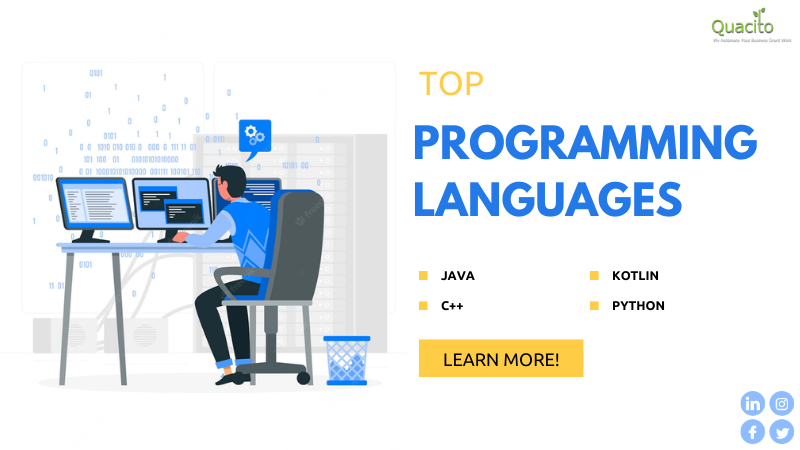 We all know that without programming languages our world wouldn’t be what it is today. In this blog, we are going to be talking about the best languages that are suited for many different business purposes.

This is because there are so many programming languages that sometimes the decision of which language should be included in your business can be a little intimidating.

So, let’s have a look at the top 5 programming languages that you can use for your custom software development USA project. 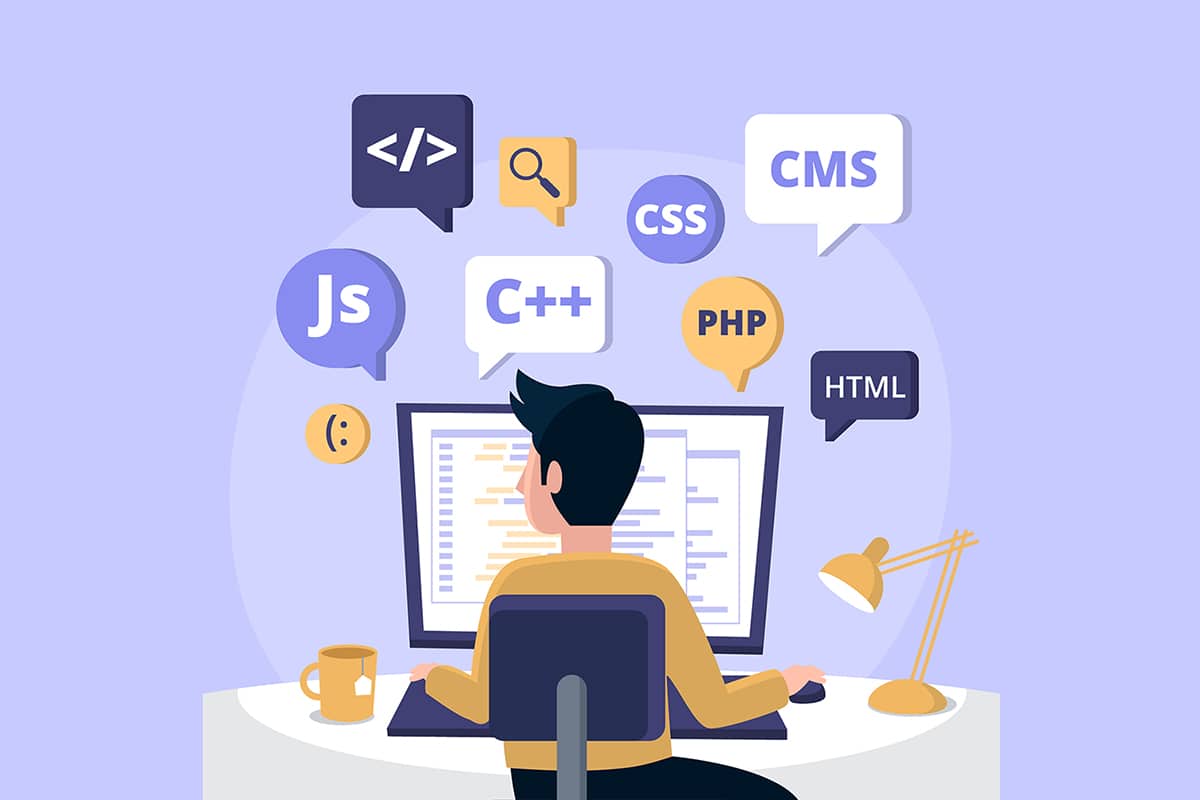 Python has really taken big fame when it comes to the science landscape. Python is ideal for machine learning, data collection, and analysis as well as scientific computing. All over, the developers love it along with the science as well as the research community. The perks that one may enjoy while using Python, are its extensive libraries and frameworks including Flask and Django, its portability, its automatic garbage collection as well as its GUI support.

2. JavaScript: now when we talk about this programming language, it is considered to be the best language for web applications. To be honest, JavaScript hardly needs any introduction at all. In Stack Overflow’s 2021 annual developer survey it was found that around 67.7% of the developers are relying on JavaScript. 9 times in a row this programming language was named as the most commonly used, in this survey.

People often say that JavaScript is the top choice for web development as it was introduced in the year 1994 for this exact purpose. Today, however, it is considered to be the golden standard for webpages, web programs as well as their applications. The specialty of JavaScript as a programming language is that it is both a front-end as well as a back-end language. It helps you in adding responsive as well as dynamic elements to your business website.

3. Kotlin: there was once a time when Java was considered the official android language. However, Kotlin changed that fact. Since the year 2017, Kotlin has reigned as the most preferred Google programming language. Not only the tech giant offers extensive support for the users of Kotlin, but they also offer many comprehensive advantages to the developers who are using it. There are many special features that developers are able to enjoy when they leverage the language.

If you are using Kotlin over any other programming language in order to build Google products as well as programs, you will have a good time. However, the benefits do not end here. Not only is Kotlin easy to use but it can also be applied to a range of systems and software. One may use it wherever and whenever they are using Java. Its efficiency, reliability as well as fast coding expressiveness, code safety, interoperability as well as maintenance are some of the other advantages that it comes along with.

4. C++: finding its foundation in C, C++ is a programming language that is widely applicable to many different products including GUI applications as well as data analytics. This is why it has been embraced by platforms like Google, Facebook, LinkedIn, NASA, opera, Walmart, Lyft, Microsoft as well as many other top companies. C++ is considered the best language for game development.

The Unreal Engine leverages C++ as its programming language. Many companies that are producing 3-D games as well as other dynamic products use C++. It has been one of the most popular choices for this particular purpose for decades now. C++ is capable of adding various complex elements to gaming systems along with providing other advantages like creating graphical interfaces. This is not to suggest that one should limit themselves to C++ when it comes to game development but it does have many other applications.

5. Java: in the year 1995 the programming language called Java was released by Sun Microsystems. It was later acquired by Oracle and has now become one of the most extensively used programming languages in the world. Java is being applied to a huge range of projects that are used across various platforms from desktop to mobile.

The server-side of the language has a presence when it comes to fields like finance, e-commerce as well as many other industries due to its features including strong security. Java, as a programming language is considered to be a multipurpose language. This is because it is extremely helpful regardless of the project, platform, or field that it is being used for. 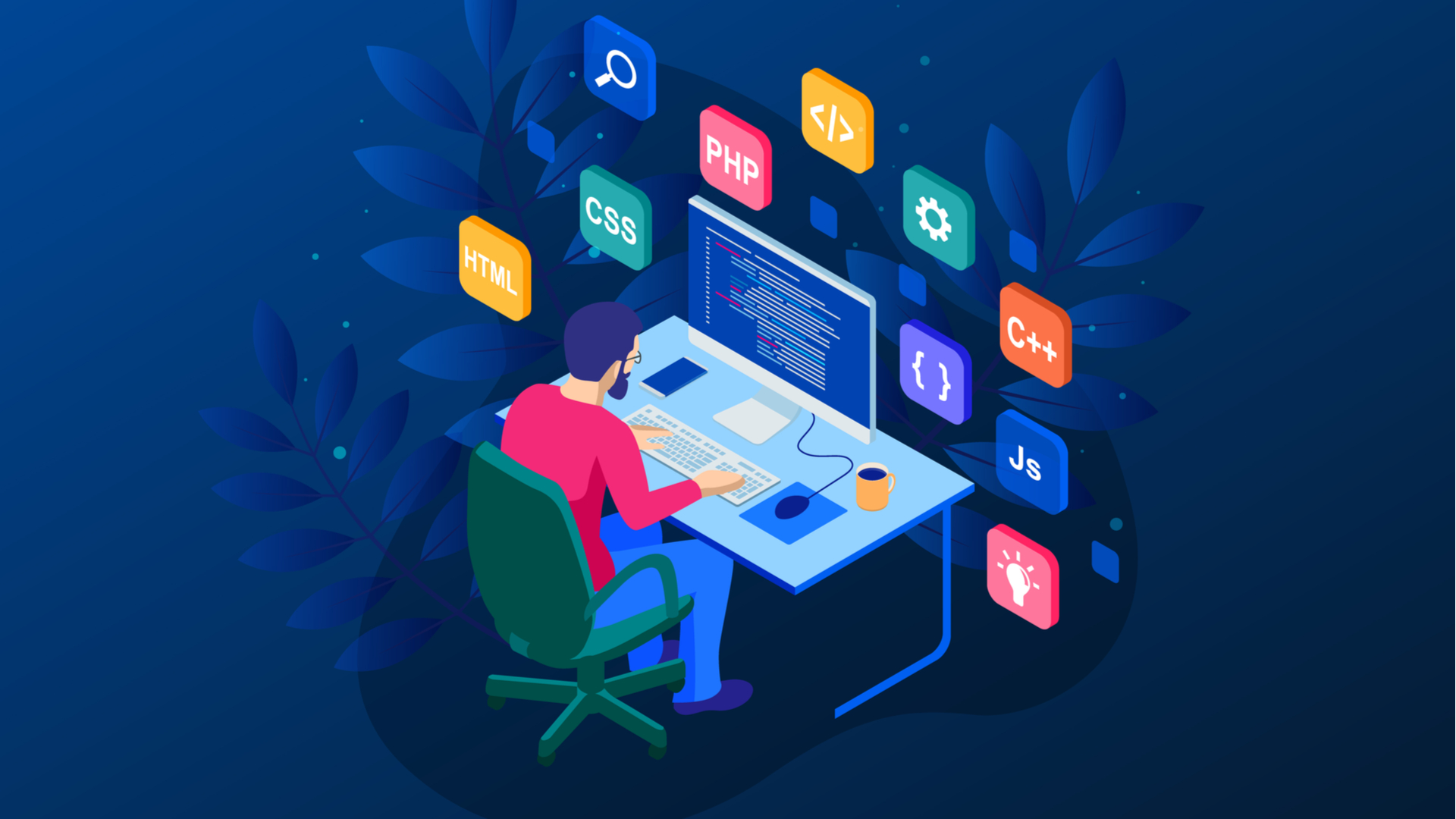 Whenever you are working on a development project, you always have a choice to make within the given set of programming languages. There are many other options apart from these five, however, these are the most popular ones that you can turn to. These programming languages offer many advantages to seasoned as well as new developers, long-established corporations as well as start-ups. So, whether you are building a web application, an ERP system, a game, or any other type of software, one of these languages will definitely meet your needs.